What Makes Dr. Pepper so delicious? Dr. pepper is actually a blend of all 23 flavors. All the flavors mixed together make up the smell of how so and so pharmacy smelled.

The shelf life of Dr. Pepper depends on the container the soda is in. In glass or cans it is about nine months, and in plastic bottles is about three months. A lot of this depends on how long you've had the Dr Pepper, and if it has been opened or not.


What are the 23 flavors? The 23 flavors are cola, cherry, licorice, amaretto (almond, vanilla, blackberry, apricot, blackberry, caramel, pepper, anise, sarsaparilla, ginger, molasses, lemon, plum, orange, nutmeg, cardamon, all spice, coriander juniper, birch and prickly ash. These flavors combined made up the smell of the pharmacy where Dr Pepper was created. So and So wanted to recreate the smell from his pharmacy because he liked how it smelled so much. He successfully recreated the smell of his pharmacy which ended up becoming the smell of Dr Pepper. People say there are still places you can buy the original Dr Pepper made with real cane sugar instead of high fructose corn syrup but supposedly it does not taste as good as people have reported. They say it tastes really strange and does not taste like the Dr Pepper we all know and love today.


Not only can Dr. Pepper be served cold but it can also be be served hot. Serving Dr. Pepper warm was created as a winter time drink. To make this drink you will need: Dr. Pepper, a lemon, a mug and a saucepan. First you pour the soda into the saucepan and heat it to 180 degrees. Once the soda is heated up you pour it into a mug that has a slice of them lemon in it to give it flavor.Dr Pepper is the only known sods pop that can be served hot and cold and both are known world wide and loved by so many people. Currently Dr Pepper is the most popular soda pop out on the market. 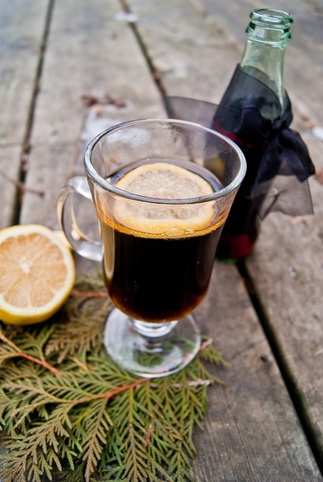